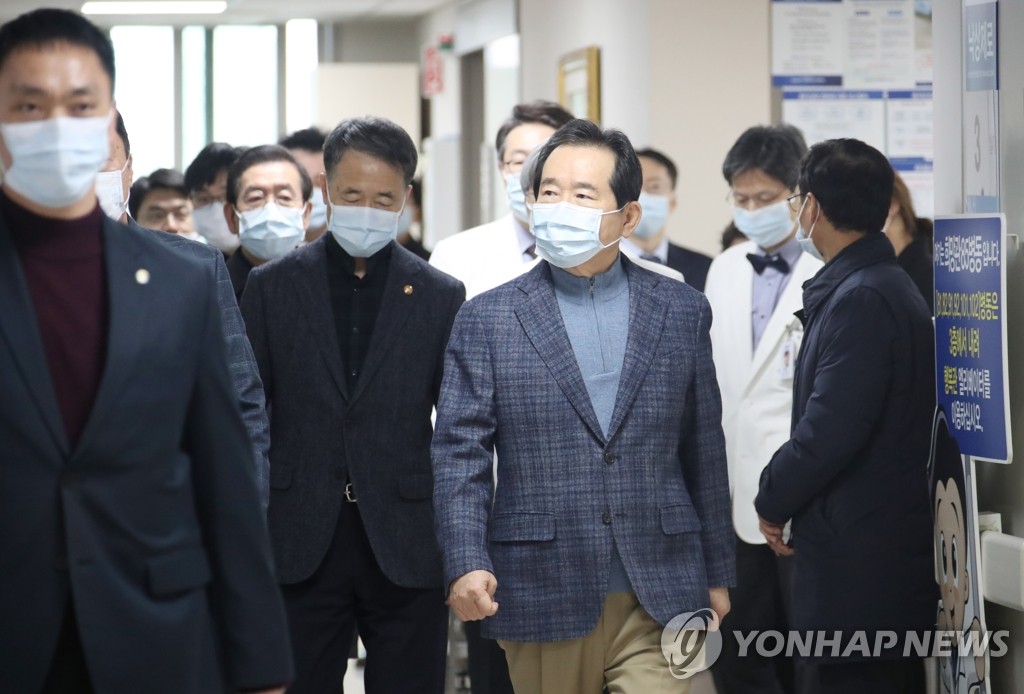 Prime Minister Chung Sye-kyun has called for utmost efforts to prevent the spread of a new strain of the coronavirus that originated from China's central Hubei Province.

During a visit to a hospital in southern Seoul on Monday, Chung said the government takes the rapid spread of the virus around the world very seriously.

Chung also stressed the importance of information sharing and communication between the Health Ministry, regional governments and medical facilities.

The prime minister visited the local hospital to check up on the response system, including quarantine facilities, at the country's regional level.

Thanking medical personnel working throughout the Lunar New Year holiday and vowing state support, Chung urged them to do their best in protecting public safety.

Since South Korea reported its first confirmed case of the virus on January 20, the country reported its fourth case on Monday.
Share
Print
List