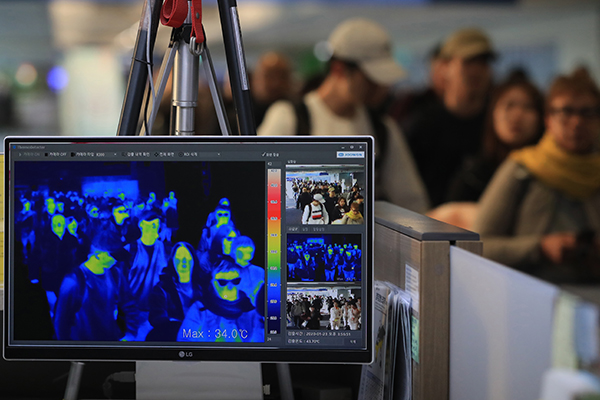 South Korea's fourth confirmed patient of the new coronavirus is believed to have come into contact with 172 people before isolation.

The Korea Centers for Disease Control and Prevention(KCDC) said on Tuesday that out of 172 people the 55-year-old South Korean man came into contact with since arriving from the central Chinese city of Wuhan on January 20, 95 were in close contact.

One of the patient's family members was placed in quarantine after showing pneumonia-like symptoms, but later tested negative for the virus.

There are a total of three-thousand-23 passengers who have entered South Korea from Wuhan Tianhe International Airport within two weeks, out of which one-thousand-166 are South Korean nationals and one-thousand-857 are foreigners.

Health authorities said as of 10:00 a.m. on Tuesday, four out of 116 people in quarantine tested positive for the virus, 97 others tested negative and the remaining 15 are awaiting test results.
Share
Print
List