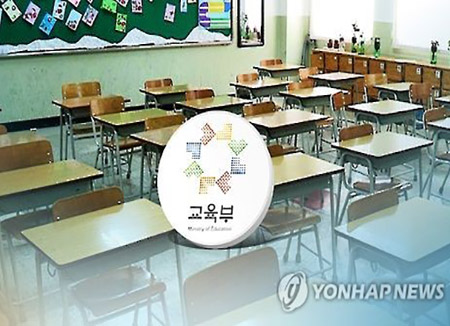 More than 200 additional primary and secondary schools across the country declared a temporary shutdown amid growing health concerns over the spread of the novel coronavirus.

According to the Education Ministry on Thursday, a total of 592 schools, including 450 kindergartens and 77 elementary schools, remained closed as of 10 a.m. The number was up by 220 from a day earlier.

The most notable increase was in Gwangju, where 158 kindergartens closed after two people in the southwestern city, a 42-year-old South Korean woman and her daughter, were diagnosed with the respiratory disease.

Seoul saw the additional closing of 58 schools, including 22 high schools and six middle schools, mainly in the northwestern Jungnang and Seongbuk districts, which ordered one-week shutdown measures on Wednesday.

No schools in the Gyeongsang provinces in the country’s southeast, which have yet to report a single case, had been closed due to the virus until early Wednesday. However, an elementary school in Busan closed later after the mother of one of the students there was found to have come into contact with the country’s 17th confirmed patient.
Share
Print
List