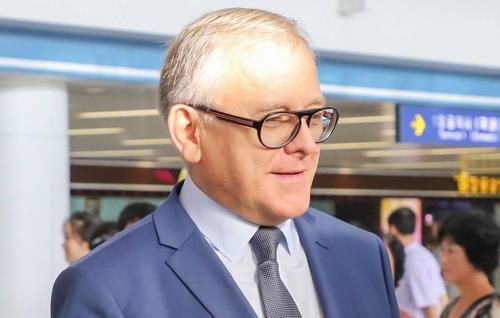 Russian Ambassador to North Korea Alexander Matsegora says Pyongyang will test a new strategic weapon it is developing in the near future.

In an interview with Russia's TASS news agency released Friday, the envoy said the North Korean leader always keeps his word and if he promised to unveil a new strategic weapon, that means it will take place some time soon.

He said that when North Korean diplomats meet with the Russian side, they invariably mention the announcement that was made from an all-members North Korean ruling party meeting late last year.

The ambassador said when the new weapon will be showcased depends on various factors including the degree of preparations for the testing as well as international circumstances.
Share
Print
List