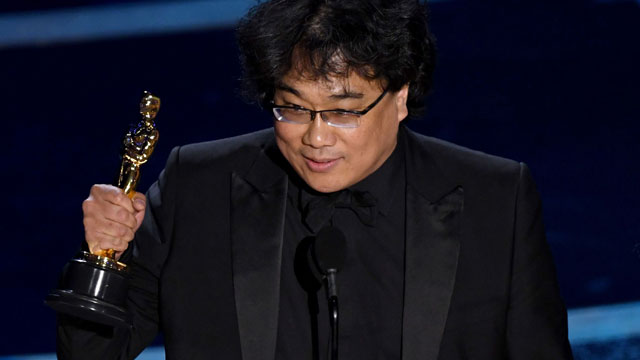 Becoming the first non-English language film to win the Academy’s most prestigious award, "Parasite" beat out "Joker," "The Irishman," and "1917" among others.

The feat marks the first time that a South Korean film has ever won an Oscar.  Bong is only the second director of a foreign-language film to win best director.

After winning the best director prize, Bong paid tribute to Martin Scorsese, citing the American director's quote: “The most personal is the most creative.”

“Parasite” tells the story of a poor family that scams and takes advantage of a wealthy family only to experience an insurmountable class division.