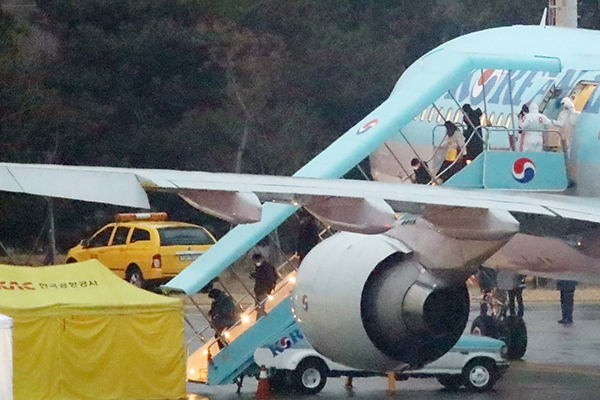 South Korean authorities said five people out of some 140 passengers who arrived from the coronavirus-hit Chinese city of Wuhan on Wednesday displayed symptoms of the virus.

One of them has reportedly displayed symptoms since Wuhan, while the others were found to have symptoms during quarantine checks after arrival at Gimpo International Airport. The five people will be transported to the National Medical Center in central Seoul for the virus test.