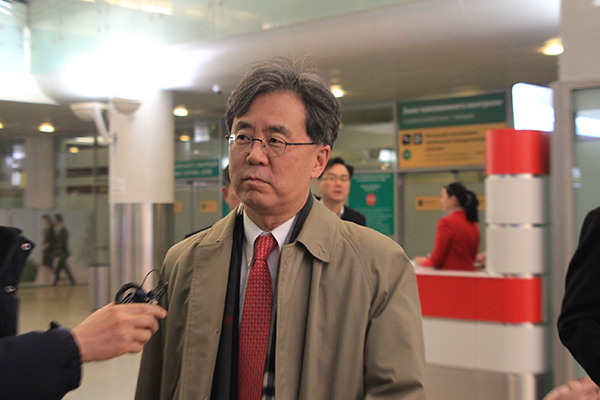 The deputy chief of South Korea's National Security Office has arrived in Moscow for talks on the country's cooperation with Russia and regional issues.

Kim told reporters at the airport that he came to Moscow to discuss pending issues between the two nations and Russian President Vladimir Putin's visit to South Korea, noting this year marks the 30th anniversary of bilateral diplomatic relations.

However, he refused to comment on whether he will discuss inter-Korean cooperation and the stalled negotiations between North Korea and the United States during his trip.

Kim said that he will stay in Moscow for three days, dismissing the possibility of a meeting with North Korean officials during the stay.