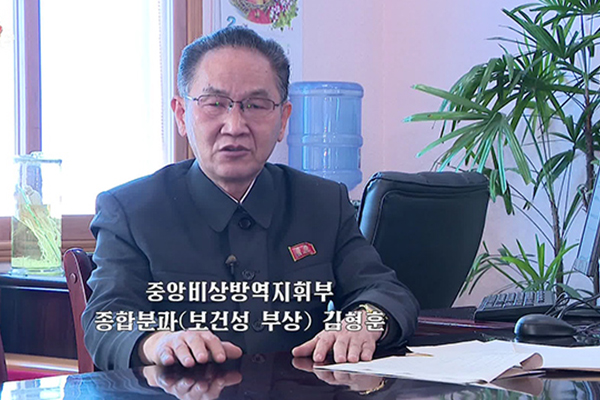 North Korea has reportedly decided to impose a one-month quarantine on people entering the country to prevent the outbreak of the novel coronavirus or COVID-19.

The North's official Korean Central News Agency said on Wednesday that the Standing Committee of the Supreme People's Assembly decided to temporarily extend the quarantine period from the current 15 days to 30.

The report stressed that all government organizations and foreigners working or staying in the country must abide by the move.

The North's central public health committee, which is in charge of the fight against the virus, said the decision is aimed at blocking the spread of the contagious virus and protecting the lives of people and national security.

North Korea's Vice Public Health Minister Kim Hyong-hun said on Wednesday on the North's Central Television that authorities are taking thorough quarantine measures on people who enter the country and those who come into contact with them.
Share
Print
List