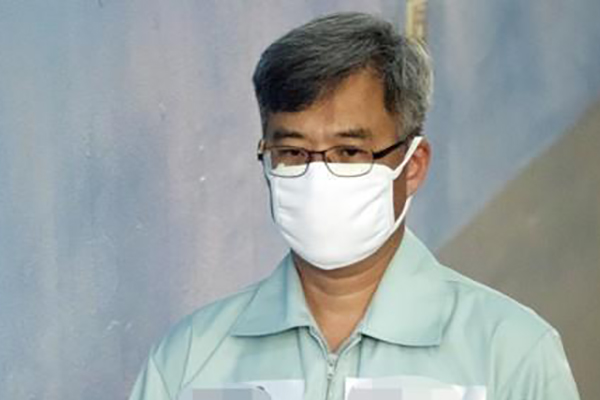 The Supreme Court has sentenced power blogger Kim Dong-won to three years in prison for fabricating online opinions and offering bribes in favor of the now-ruling Democratic Party.

Kim, better known by his online alias “druking,” was a central figure in an online opinion rigging campaign ahead of South Korea's 2017 presidential election.

Such opinion rigging is suspected to have benefited the Democratic Party in the run-up to the race.

The court also on Thursday sentenced Kim to six months in prison, suspended for one year, for delivering 50 million won in illicit funds to the late lawmaker Roh Hoe-chan, upholding previous rulings.

The sentencing comes some two years after Naver requested that police look into the opinion rigging suspicions.

Attention is being drawn to how the latest ruling will impact the appeals trial of South Gyeongsang Province Governor Kim Kyoung-soo who has been accused of colluding with “druking” in generating online comments using a macro program to help the Democratic Party's presidential candidate.

In the first trial, the court found him guilty on all counts and sentenced him to two years in prison.

He was later freed on bail and has been standing trial in appeals without detention.
Share
Print
List