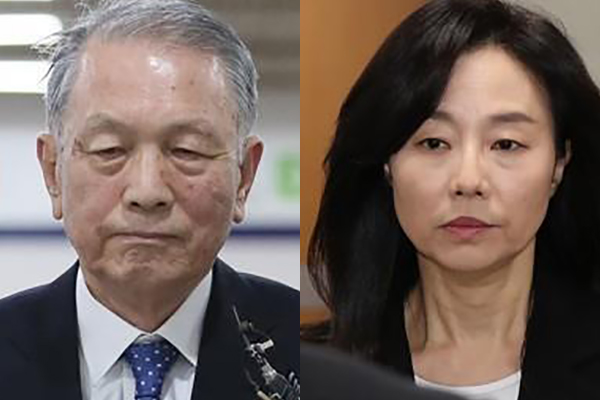 The Supreme Court on Thursday cited a lack of evidence behind the coercion charge made against former Presidential Chief of Staff Kim Ki-choon and former senior presidential secretary for political affairs Cho Yoon-sun.

Kim and Cho are accused of pressuring the Federation of Korean Industries to provide six-point-nine billion won to pro-government conservative groups between 2014 and 2016.

The court said the top office checking on the federation's financial aid to the groups can't be considered a threat to inflict damage.

The court, however, upheld the ruling on abuse of authority, saying the presidential aides' demand constituted as abusing their power, which led the federation to commit to something that is not part of its obligation.

The Seoul High Court will now have to reexamine both the latest "whitelist" case, as well as the so-called "blacklist" case, under which Kim and Cho are accused of barring artists deemed critical of the conservative government from government subsidies.

The top court earlier called for a review of the latter case, citing procedural and judgment mistakes.
Share
Print
List