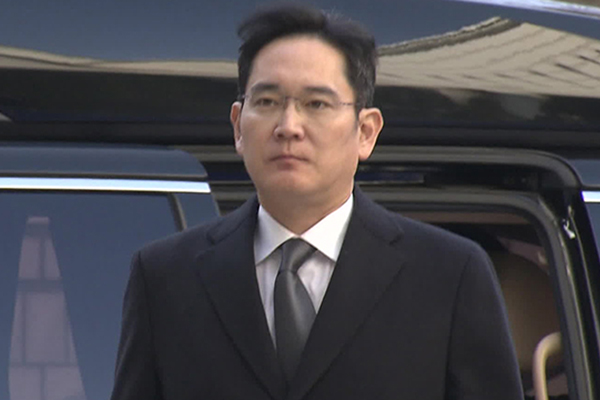 Prosecutors in South Korea have launched an investigation into Samsung heir-apparent Lee Jae-yong over suspected drug use.

The Seoul Central District Prosecutors' Office reportedly began the probe after a whistleblower made the allegations to the state anti-corruption watchdog.

The district office, however, declined to comment on the case.

Local media outlet Newstapa on Thursday reported the allegations made by a man who claims to be the ex-boyfriend of a practical nurse suspected of regularly injecting Lee with the prescription anesthetic drug propofol.

Newstapa alleged that Lee visited a plastic surgery clinic in Seoul's Gangnam district for the shots several times in 2017, citing mobile messages between the hospital chief and the nurse, as well as between the nurse and someone suspected of being Lee.

The prosecution plans to summon the whistleblower, as well as the hospital chief surnamed Kim and the nurse surnamed Shin for questioning.

Both Kim and Shin were indicted and detained last month for giving illegal propofol shots to a member of South Korean conglomerate Aekyung's owner family.

Samsung, meanwhile, flatly denied the allegations, saying that while Lee visited the hospital in the past for treatment, the accusation of illegal drug use is completely false.

The conglomerate added it will consider taking legal steps against the media outlet that reported the allegations.
Share
Print
List