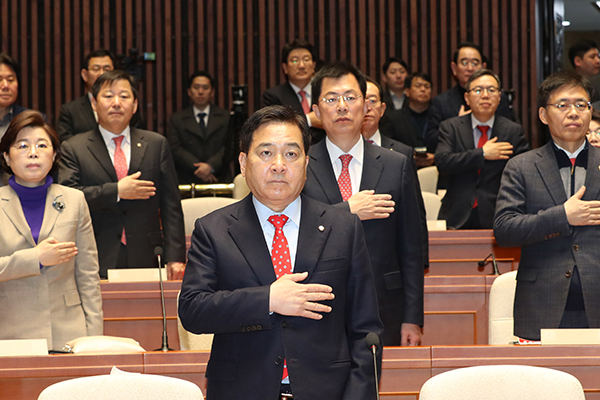 The party's national committee on Thursday declared its resolve to unite with the two parties, as well as conservative civic groups, saying the move is aimed at protecting the country's constitution, liberal democracy and market economy.

LKP Chair Hwang Kyo-ahn said the merger allows both judgment to be passed on the Moon Jae-in administration and the protection of liberty in April's general elections.

The LKP's supreme council is expected to set up a body to take necessary administrative and legal steps for the parties' merger.

A committee consisting of the parties and civic groups leading efforts to unite the conservative bloc plans to launch the new party on Sunday.

The involved parties, however, will still need to iron out differences on the new party's supreme council membership and formation of the candidate nomination committee.

The ruling Democratic Party criticized the merger, saying that the parties failed to justify the move.
Share
Print
List