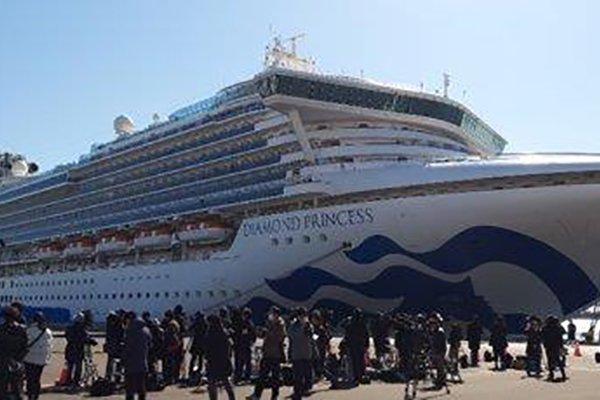 Forty-four additional cases of the new coronavirus were reported on board a cruise ship currently quarantined off the coast of Japan's Yokohama.

Japan's Kyodo News reported on Thursday that 29 Japanese and 14 foreign nationals are the latest confirmed to have contracted the virus.

There has been no report that any of the 14 South Koreans on board are among the infected.

While health authorities initially planned to sequester passengers and crew until the virus' incubation period ends next Wednesday, Japan's health minister said that the elderly suffering from chronic illnesses will be allowed to disembark after testing negative for the virus.

The ministry said they will likely be allowed to get off the ship starting after Friday.

There have so far been 218 confirmed cases on the Diamond Princess cruise ship, which initially carried some three-thousand-700 crew and passengers.
Share
Print
List