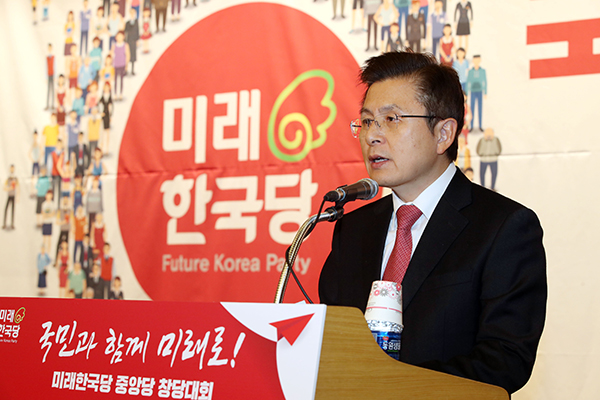 The election watchdog made the notice on its website Thursday.

The chairman of the satellite party is lawmaker Han Sun-kyo.

The Future Korea Party filed its registration with the election commission last Thursday and under domestic law, the NEC must process the request within seven days if it meets the necessary conditions.

Earlier the ruling Democratic Party argued that the requirements were not met, saying that it found addresses for municipal and provincial chapters of the party that traced back to the same location as an LKP office or a remote storage site in a field.

However the commission acknowledged that the Future Korea Party has met the requirements for its establishment.

The conservative party’s creation of an affiliate comes ahead of the April general elections when under a revised law, more proportional parliament seats will be doled out to parties in proportion to the number of votes they garner, regardless of whether or not they win constituencies.
Share
Print
List