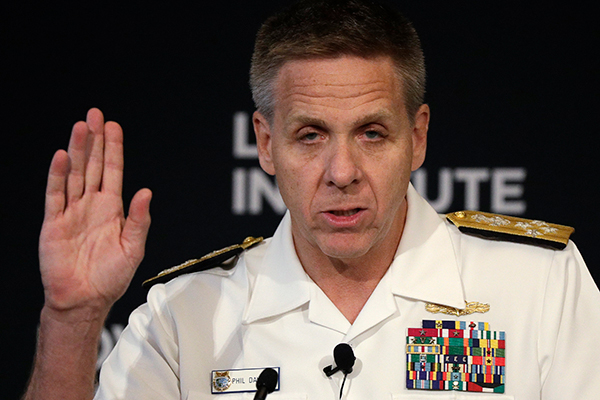 A top U.S. military commander says China is undermining the regional stability in the Indo-Pacific.

According to Reuters, Adm. Philip Davidson, commander of the U.S. Indo-Pacific Command, attended an event in Sydney on Thursday where he argued that China is threatening the sovereignty of small Pacific countries.

Accusing China of excessive territorial claims, debt trap diplomacy and military intimidation among other actions, Davidson said the U.S. was committed to prevent Beijing's expansion in the region.

The American commander added that China is seeking “to control the flow of trade, finance, communications, politics and the way of life in the Indo-Pacific.”

China has not shown any immediate response, but it previously denied similar accusations, including that it is luring small countries into debt “traps.”
Share
Print
List