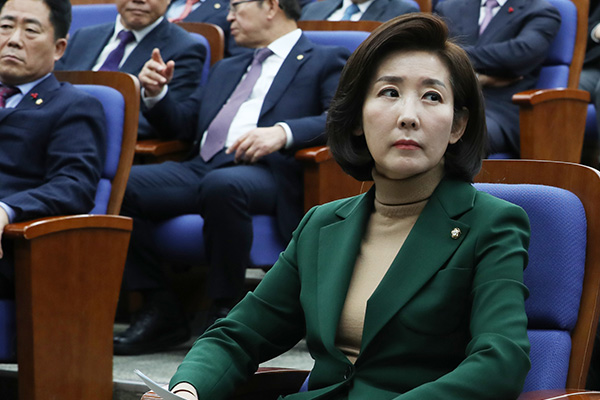 Former floor leader of the main opposition Liberty Korea Party(LKP) Na Kyung-won will run for the general elections in her incumbent constituency in Dongjak District, while former Seoul Mayor Oh Se-hoon will represent the party in Seoul’s Gwangjin District.

The conservative party's candidate nominations committee on Thursday announced its decisions on the two political heavyweights ahead of the April 15th elections.

Na will seek her fifth parliamentary term from Dongjak B constituency, where the former judge has been elected two consecutive times since 2014. Oh, a lawyer, was elected as a lawmaker in 2000 from Seoul’s Gangnam District and served as Seoul mayor between 2006 and 2011. He finished runner-up in the party’s leadership election a year earlier to current LKP chairmperson Hwang Kyo-ahn.
Share
Print
List