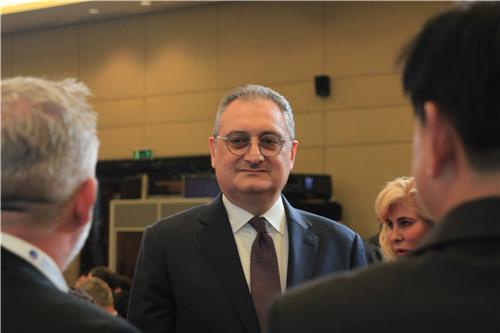 Senior diplomats of the United States and Russia held talks in Moscow on Thursday to discuss Korean Peninsula issues.

The Russian Foreign Ministry said in a statement that the two sides had an in-depth exchange of views on the situation on the Korean Peninsula and stressed the importance of further coordinating the efforts of all parties involved in settling the issues of the region.

The U.S. Embassy in Russia said that during his meetings in Moscow, Wong reaffirmed the United States’ continued openness to diplomatic engagement with North Korea to make progress on all of the commitments U.S. President Donald Trump and North Korean leader Kim Jong-un made at the Singapore summit, including transforming U.S.-North Korea relations, building lasting peace and complete denuclearization,

It added Wong also emphasized the importance of close cooperation between Washington and Moscow.