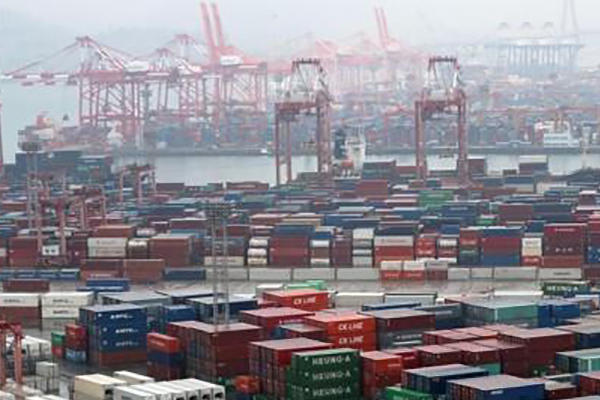 South Korea's export prices fell slightly in January from a month earlier mainly due to the strengthening of the local currency against the U.S. dollar.

According to the Bank of Korea(BOK) on Friday, the export prices index, in terms of the Korean won, came to 96-point-59 for the month, down point-eight percent from a month earlier.

From a year earlier, the index fell two-point-eight percent to extend the losing streak to eight months.

However, the index increased two-point-seven percent from a year earlier, rising for the second consecutive month.

A BOK official said that the outbreak of the novel coronavirus, or COVID-19, appears to have yet to affect the country's export and import prices.
Share
Print
List