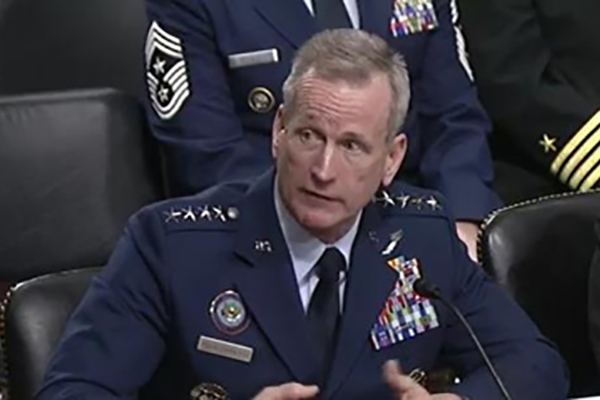 A U.S. military commander said that North Korea's recent rocket engine test shows the regime is ready to test-launch an intercontinental ballistic missile(ICBM) to improve its capability to reach the U.S. mainland.

Noting that North Korean leader Kim Jong-un warned in December that he's ready to unveil a "new strategic weapon," the commander said that although Kim did not elaborate, the recent engine test hints that the North is ready to test-fire a much advanced ICBM in times of crisis or tension.

Charles Richard, commander of the U.S. Strategic Command, who also appeared at the hearing, said that North Korea is continuing its malicious behavior to create regional instability in violation of international regulations.
Share
Print
List