Minor Opposition Parties Agree to Merge Ahead of April Elections 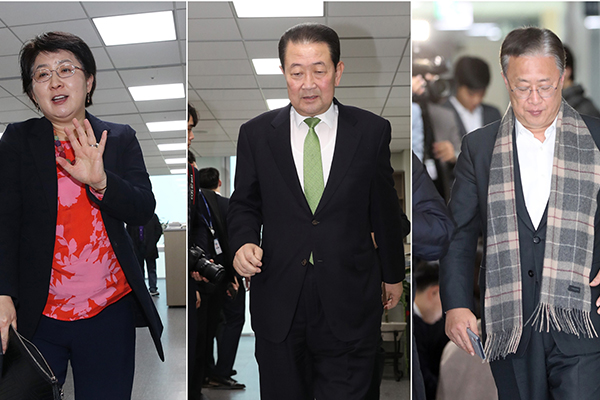 Minor opposition parties Bareunmirae Party, the New Alternative Party and the Party for Democracy and Peace have agreed to merge into one party ahead of April's general elections.

Party representatives on Friday drew up an agreement to formally unite on Monday and decided on the name Democratic Unity Party, roughly translated into English.

The party will be headed by the current leaders of the three groups, with Bareunmirae Party Chair Sohn Hak-kyu named the standing chief.

The co-leadership phase will end on February 28th, after which an emergency committee will be established.

Should representatives of all three parties participate in the merger, the new party will secure 28 parliamentary seats to become the third-largest party in the National Assembly.
Share
Print
List