89% of 4-Yr Universities Postpone Start of the Semester 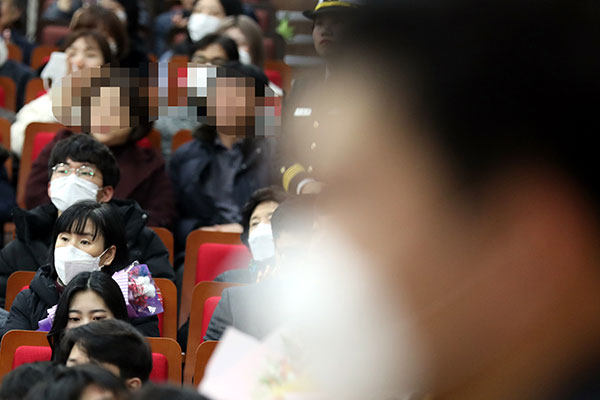 Nearly 90 percent of four-year universities in South Korea have pushed back the start of the spring semester amid fears over the spread of the novel coronavirus.

According to the Korean Association of Private University Presidents, 172 out of 193 four-year universities nationwide, which is over 89 percent, have announced that they will be postponing the start of their semesters.

A majority of about 150 schools have delayed the semester by two weeks while others will start one week later.

Eight universities will keep their schedules unchanged while 13 schools are still undecided.

The Education Ministry earlier advised universities to postpone the semester opening by up to four weeks, but so far no school has pushed it back by three weeks or longer.
Share
Print
List