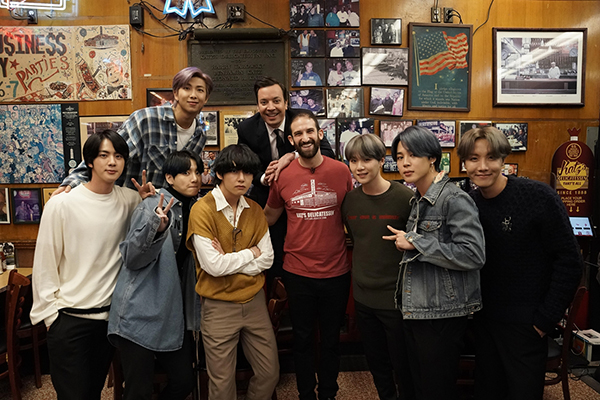 K-pop sensation BTS will unveil the debut performance of the title song of their new album on a late night U.S. TV show to air February 24, U.S. time.

BTS' fourth regular album titled "Map of the Soul: 7" is slated for official release on February 21.

After watching the taping of their performance, Fallon said “BTS really knocked it out of the park," adding they "took over Grand Central Terminal.”

The show will also feature the group's interview with Fallon, the members answering questions from fans during a subway ride as well as their tour of symbolic spots in New York City.
Share
Print
List