Evacuees from Wuhan Likely to Stay in S. Korea after Scheduled Discharge 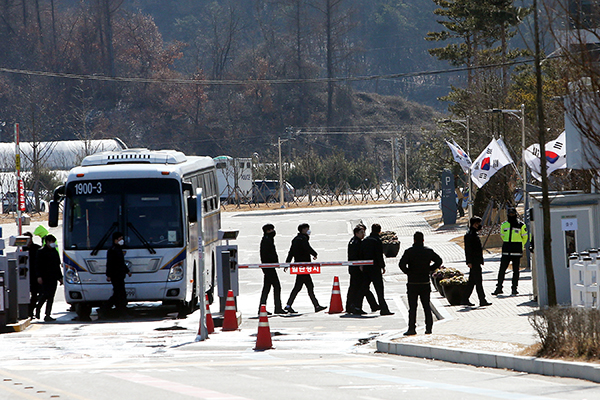 South Koreans who were evacuated from Wuhan on Seoul’s first chartered flight dispatched to the Chinese epicenter of the novel coronavirus have secured places to stay after they are discharged from quarantine on Saturday.

Vice Health Minister Kim Gang-lip, who is also the deputy of the central disaster relief headquarters, said in a regular media briefing on Friday that all of the 366 people, including those taken from Wuhan and their guardians, tested negative for the virus and will be released as planned.

Most of them are said to have found places to stay in South Korea as the situation in Wuhan remains serious.

The residents returned to South Korea via the first evacuation flight on January 31st and have been put in isolation for treatment at state-designated facilities.

On Sunday, about 330 others who entered the nation via the second evacuation flight on February first will also be released.
Share
Print
List