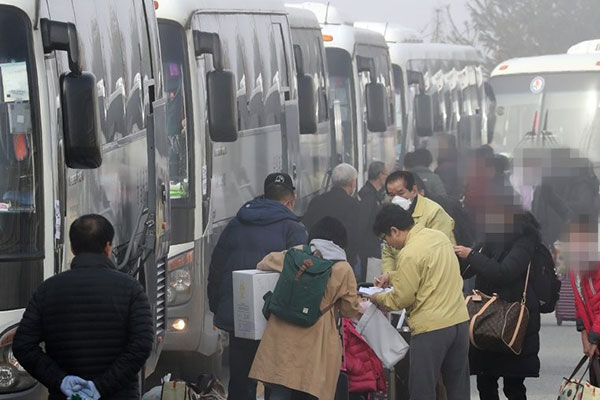 The first group of 366 South Koreans evacuated from Wuhan, China amid the coronavirus outbreak has been released after two weeks of quarantine.

They were released Saturday morning after 14 days and people headed to their respective homes.

All the evacuees have tested negative for the new coronavirus. Two others in the first group airlifted out of China were infected with the disease and are currently receiving treatment at the National Medical Center.

Another group of evacuees are expected to be released on Sunday. This group, which boarded South Korea's second evacuation flight, arrived in the country on February 1st.
Share
Print
List