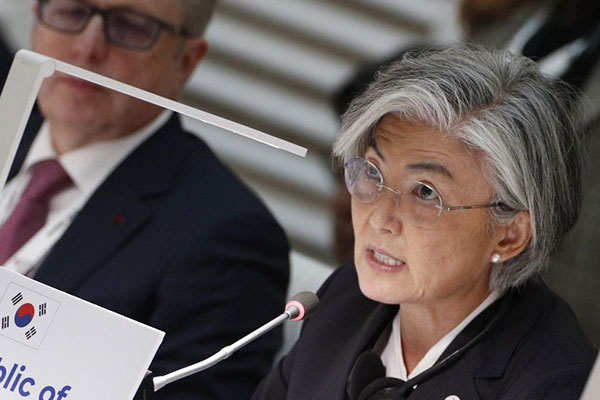 She was a panelist for one of the plenary sessions at the conference held in Germany which discussed a changing global order and multilateralism.

Kang said Korea was pushing to list the demilitarized zone(DMZ) at the inter-Korean border as a UNESCO world heritage site.

She said that democracy, rule of law and human rights which are the basis of multilateralism are no longer exclusively Western values but are universal values for mankind. She also stressed South Korea's commitment to strengthening multilateralism.

The minister said a multilateral spirit is especially necessary for the Korean Peninsula and Northeast Asia where a regional cooperative mechanism is absent.

She vowed to continue with the Korean peace process even though progress may be slow.
Share
Print
List