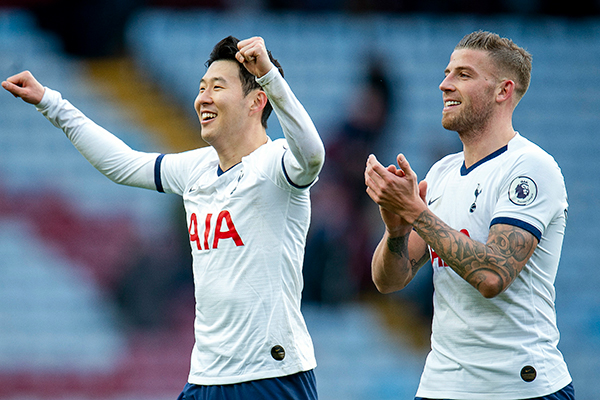 South Korean forward Son Heung-min of the Premier League's Tottenham Hotspur has become the first Asian player to score 50 goals in the league.

Son scored two goals in a match against Aston Villa at Villa Park in Birmingham, England, on Sunday, with his second goal in stoppage time sealing a 3-2 victory.

With the goals, Son extended his scoring streak to five matches, which is the first since his professional debut in the Germany Bundesliga in the 2010-2011 season.

The second goal marks Son's 16th in 32 matches in all competitions this season and 51st Premier League goal since his debut in the English league in the 2015-2016 season.
Share
Print
List