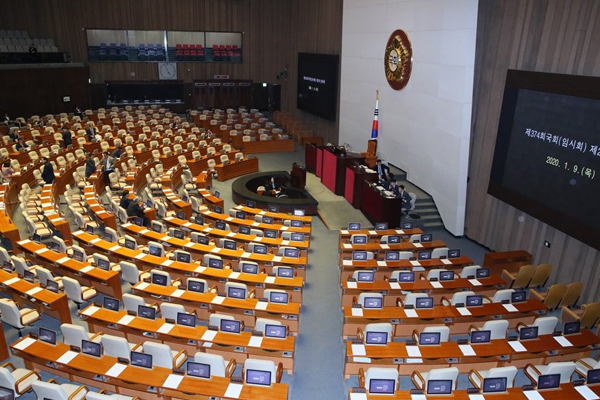 The National Assembly is set to begin a 30-day extraordinary session on Monday before the April general elections.

The heads of the negotiation blocs will make speeches for two days from Tuesday, followed by three-day interpellation sessions.

Rival parties are holding discussions on electoral districts in order to deal with related bills at the plenary session on March fifth.

The ruling Democratic Party plans to focus on passing bills aimed at tackling the outbreak of the novel coronavirus and supporting people's livelihoods. The main opposition Liberty Korea Party will reportedly highlight the Moon administration’s alleged irregularities and failures, and demand an investigation into the top office's alleged meddling in elections.
Share
Print
List