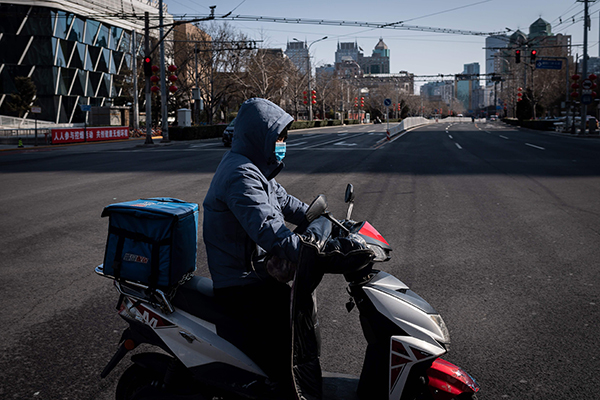 The spread of the new coronavirus in China seems to have slightly slowed down over the past several days, with the number of newly confirmed cases on Sunday totaling just over two-thousand.

China's National Health Commission on Monday said there were an additional two-thousand-48 cases the previous day, and 105 more people had succumbed to the virus.

The daily number of newly confirmed cases, which topped five-thousand last Thursday, has remained below three-thousand for the past three days.

The daily number of confirmed cases for all of China excluding Hubei Province, the origin of the virus, has gradually dropped since peaking at 890 on February third to 115 on Sunday.

As of Sunday, there have been 70-thousand-548 patients who contracted the virus in the country, with the death toll standing at one-thousand-770.

There are an additional seven-thousand-264 suspected patients.

Aside from the Greater China region, as of 7:00 a.m. on Monday, there have been 688 confirmed cases worldwide, with the largest number of 411 patients reported in Japan, followed by 72 in Singapore, 34 in Thailand and 29 in South Korea.

Three of those patients have died, one each in the Philippines, Japan and France.
Share
Print
List