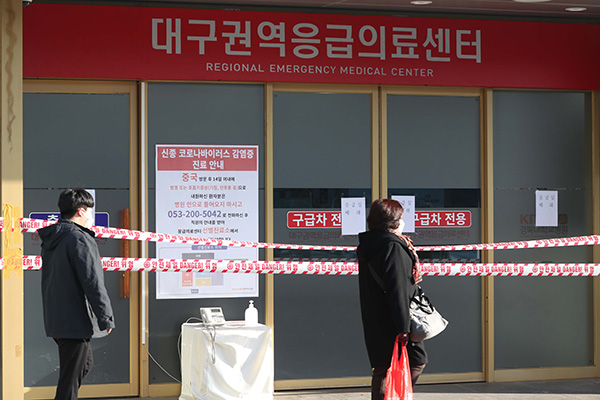 Fifteen additional cases of the new coronavirus have been reported in South Korea, raising the total number of infections to 46.

The Korea Centers for Disease Control and Prevention(KCDC) on Wednesday said 13 of the 15 cases were reported in the country's southeastern city of Daegu and its surrounding North Gyeongsang Province.

Eleven of them came into contact with the country's 31st patient, most of them at a religious service she attended, with one during her hospitalization at a medical facility to treat injuries from a car accident.

One of two patients outside the Gyeongsang region is the eleven-year-old daughter of the country's 20th patient, whose case was confirmed while under self-quarantine at her residence.

It is the first time that a minor was confirmed to have contracted the virus in the country.