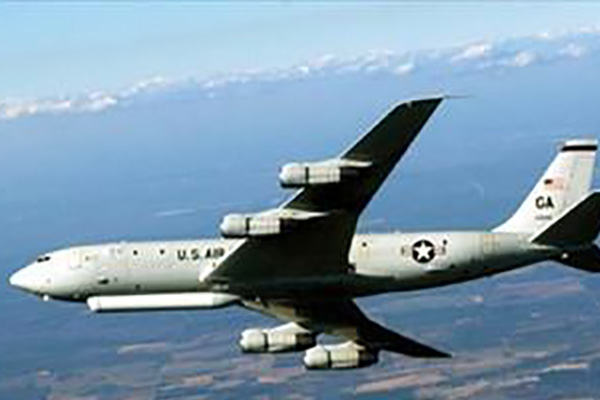 A U.S. surveillance aircraft reportedly flew over South Korea in a bid to monitor North Korea.

An aviation tracker dubbed Aircraft Spots tweeted Wednesday that the U.S. Air Force's E-8C, or J-STARS, was spotted in the skies over South Korea the previous day at 29-thousand feet, or eight-point-eight kilometers.

It is the third time this month alone that this type of aircraft has been detected in the country.

The E-8C is known to be capable of closely monitoring North Korea's troop and equipment movement, including missiles and artillery guns, from an altitude of eight to 12 kilometers.

The North has not shown any specific unusual military movement in recent weeks.

The country is also believed to have staged smaller-than-usual wintertime drills due to concerns over the outbreak of the new coronavirus.
Share
Print
List