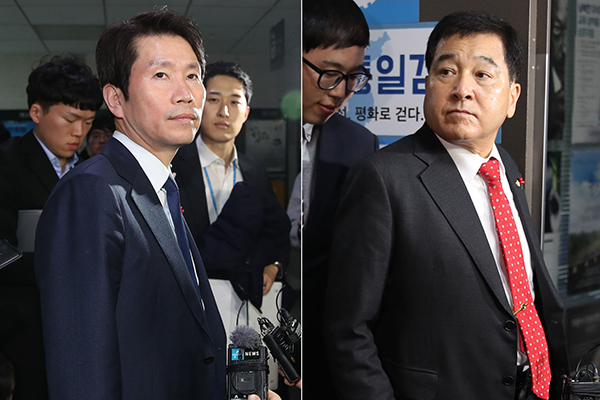 A new survey finds that the ruling Democratic Party(DP) saw its approval rating recover to the 40-percent range while the main opposition United Future Party’s(UFP) rating stood in the 30-percent range.

According to the survey released on Thursday, the DP’s approval rating reached 41-point-one percent, up one-point-two percentages points from the previous week.

The UFP, which was included on the survey for the first time since its launch, saw its approval rating stand at 32-point-seven percent. That’s lower than the combined ratings posted last week by the Liberty Korea Party and the New Conservative Party, which are two of the three groups that merged to create the UFP.

The survey, commissioned by TBS and conducted by Realmeter, had a 95 percent confidence level with a margin of error of plus or minus two-point-five percentage points. It was conducted between Monday and Wednesday on one-thousand-508 adults nationwide.
Share
Print
List