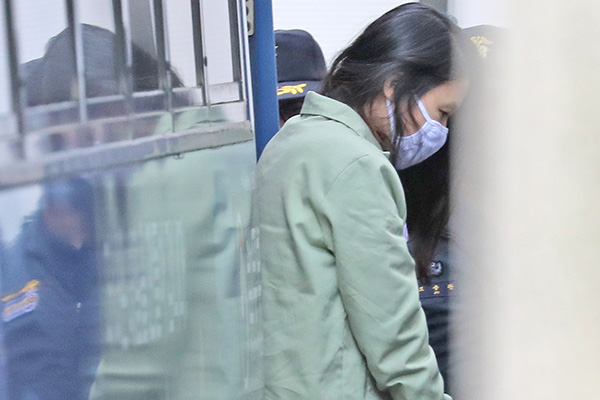 The Jeju District Court on Thursday sentenced Koh Yoo-jung to life in prison for murdering her ex-husband.

The court, however, found Koh not guilty of murdering her stepson, citing insufficient evidence.

Koh was charged with the homicide of her ex-husband, which took place on May 15, 2019, at a pension on Jeju Island, as well as with damaging and hiding his body. She was also accused of smothering her stepson to death last March.