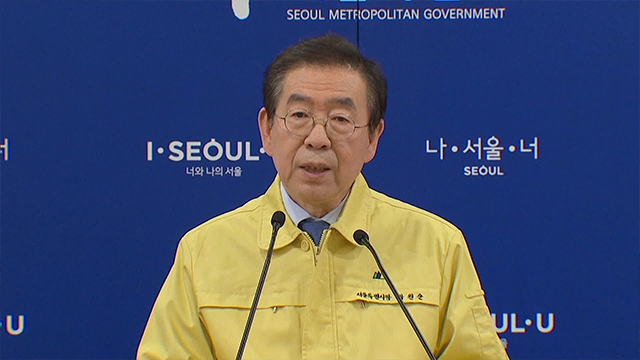 The Seoul Metropolitan Government will, for the time being, ban rallies from being held in Gwanghwamun Square, Seoul Plaza and Cheonggye Plaza as part of efforts to contain the spread of COVID-19.

Seoul Mayor Park Won-soon revealed the plan on Friday in an emergency briefing.

The city will also shut down the Seoul branches of a religious group known as the Shincheonji Church of Jesus, Temple of the Tabernacle of the Testimony. The move came after the group’s Daegu unit emerged as a hotbed of new COVID-19 cases.

Park said the city decided to ban the rallies to protect the elderly who are vulnerable to infectious diseases.

Seoul City stated that the latest measure is in accordance with a clause of the nation’s law on preventing and managing contagious diseases. Under the clause, the government can restrict downtown gatherings in a bid to prevent the spread of infectious diseases.

A violation of the law would mean a fine of three million won or less, according to the city government.