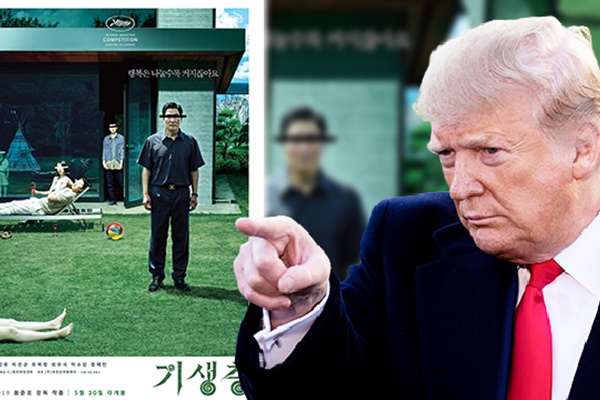 During a rally in Colorado Springs on Thursday, Trump began by asking, "By the way, how bad were the Academy Awards this year?"

He continued by saying, "the winner is a movie from South Korea," adding, "We've got enough problems with South Korea with trade. On top of that, they give them the best movie of the year. Was it good? I don't know."

The U.S. president then said "Can we get 'Gone with the Wind' back, please? 'Sunset Boulevard'? So many great movies."

Trump is believed to have complained about a U.S. film not winning best picture, more so than directly criticizing the South Korean film.

The U.S. distribution company for "Parasite," NEON, responded with a nod to the film's subtitles, tweeting, "Understandable, he can't read."
Share
Print
List