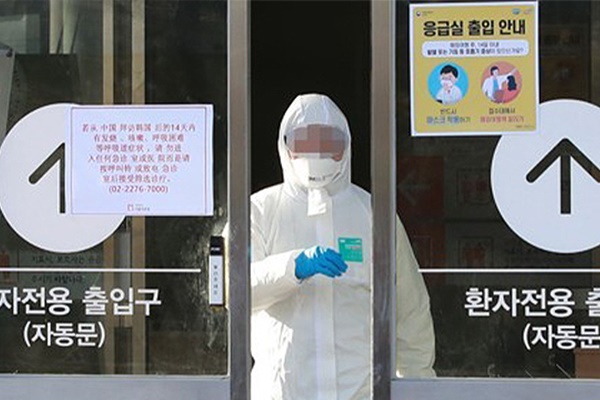 The number of the novel coronavirus infections in South Korea has surpassed 200 with 100 additional cases reported on Friday.

The Korea Centers for Disease Control and Prevention(KCDC) said 48 additional cases were compiled between 9 a.m. and 4 p.m., lifting the cumulative number of COVID-19 patients in the nation to 204. The authorities had reported 52 new cases earlier in the day.

The KCDC said all but two of the 48 latest cases are related with the Daegu branch of a religious sect where “super-spreading” of the virus was suspected of having occurred. After a member of the sect was diagnosed with the disease on Tuesday, 143 other members of the branch were also confirmed to be infected.

The two other cases, which are not associated with the religious group, were reported in Seoul and Gyeonggi Province.

The number of cases at Cheongdo Daenam Hospital near Daegu, where the nation’s first death linked to the virus occurred, remained at 16, while the number of novel coronavirus patients in Daegu and North Gyeongsang Province rose to 153.

Meanwhile, the nation’s 19th confirmed patient, a 37-year-old South Korean man, was released from quarantine, bringing the total of number of those fully recovering from the virus to 17.

More than 16-thousand people have been tested for the virus so far, and over three-thousand of them are awaiting results.
Share
Print
List