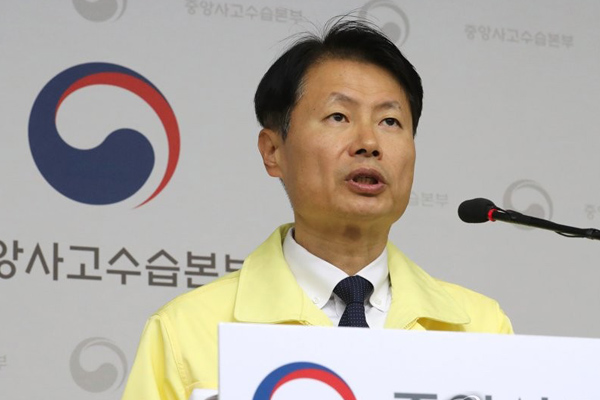 The government has reaffirmed its stance to maintain the coronavirus crisis alert at the current second highest level despite "community spread" was confirmed in certain regions including the Daegu area.

In a regular briefing Saturday, Vice Health Minister Kim Kang-lip, deputy chief of the central disaster relief headquarters, said that while the alert level is retained, oversight of infectious disease and quarantine efforts in the hard hit areas of Daegu and North Gyeongsang Province will be stepped up to a degree equivalent to the highest alert level.

He said many new cases of the novel coronavirus are reported from certain groups and facilities in the southeast region, and confirmed the virus was spreading through local communities as the infection route of some patients is known to be unclear with no epidemiological connections.

But Kim added the situation in Daegu and North Gyeongsang Province is particular and the community spread of the virus is believed to be limited to certain areas.

While the alert level stays at "vigilance," the vice minister promised to carry out quarantine, patient detection and infection prevention measures that are tantamount to the highest alert level of "serious."
Share
Print
List