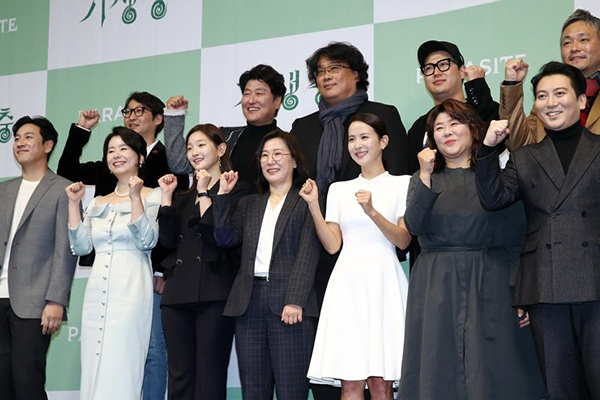 According to a tally by Box Office Mojo on Friday, "Parasite" has hauled in 45-point-four million dollars in the North American market, making it the fourth most successful foreign language film ever released there.

During a rally in Colorado Springs on Thursday, Trump slammed the Korean film by director Bong Joon-ho which recently won four Oscars, including Best Picture.

Referring to the Academy Awards, he said the winner is a movie from South Korea, and added "we've got enough problems with the country with trade."

His complaint about the Oscars continued at another rally in Las Vegas on Friday.

Trump said that he gets along great with South Korea but referring back to the film awards, he said "they used to call it best foreign movie but now we do it that way" and said he does not get it.
Share
Print
List