US Not to Raise S. Korea Travel Advisory for Now 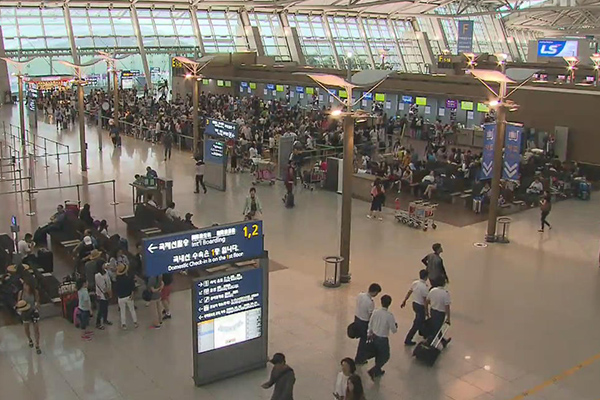 The United States said it is closely watching developments in South Korea regarding a sharp increase in coronavirus infections but it is not planning to raise the travel advisory on Korea in the immediate future.

KBS asked the U.S. State Department on whether the Centers for Disease Control and Prevention(CDC)'s designation of South Korea as an area where the virus was clearly spreading would affect a change in its travel advisory.

The department said a decision on the advisory considers various factors including crime, terrorism, abduction, natural disaster and health risks.

It said the information used in the decision includes crime statistics from worldwide, intelligence gathered by the U.S. and assessments made by its embassies and consular offices.

It stressed that travel advisories are irrelevant to political or economic considerations.

Earlier the U.S. CDC categorized six countries including South Korea as those with “apparent community spread" of the coronavirus.

Meanwhile, Turkmenistan has begun to quarantine South Korean nationals entering the country at hospitals even though they may not exhibit suspected symptoms.

​Kazakhstan also announced Thursday on its revised quarantine measures pertaining to visitors coming from seven countries including Korea and Japan to place them under medical observation for 24 days.
Share
Print
List