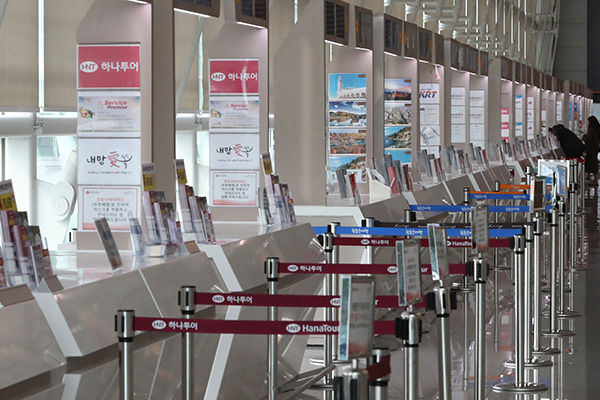 A growing number of countries have restricted the entry of arrivals from South Korea or raised their travel advisories for the country over concerns about the novel coronavirus.

According to the Foreign Ministry, as of Sunday, 13 countries, including Israel and Bahrain, banned or restricted entry of South Koreans.

Kyodo News said that Israel announced on Sunday that it will ban foreign nationals who have visited Japan or South Korea 14 days prior to their arrival, starting from Monday.

The Israeli decision came after the Middle East country on Saturday said it would ban all flights from both South Korea and Japan. With the abrupt ban, some 130 South Koreans were not allowed to enter Israeli territory after arriving in Tel Aviv on a Korean Air flight at 7:30 p.m. on Saturday.

The United States and Taiwan raised their travel advisory for South Korea to Level 2 by one notch on Saturday.

Britain and Singapore advised their citizens to refrain from visiting the Daegu and Cheongdo areas, saying that those regions were designated as special management zones.
Share
Print
List