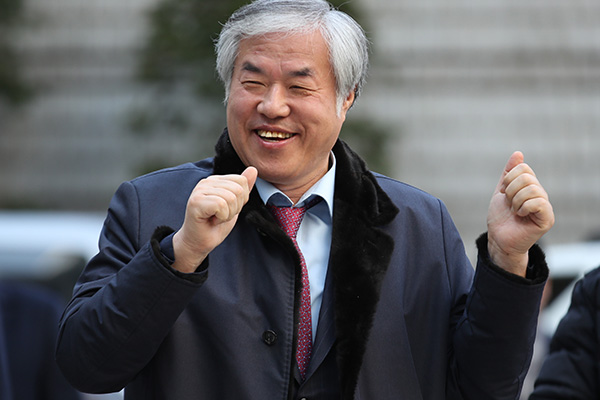 A controversial conservative pastor has been arrested for allegedly violating election law by asking participants in a street rally to support a specific political party in April's general election.

The Seoul Central District Court on Monday issued an arrest warrant for Reverend Jun Kwang-hoon, chief of the Christian Council of Korea, recognizing the need to detain him for election law violations.

The court accepted the prosecution's request, saying that the charges against the suspect are grave and that he may flee to escape punishment.

Jun is accused of calling for the support for a specific political party in the April 15 general elections during an anti-government outdoor rally in central Seoul last year.

Earlier on Monday, the pastor told reporters as he appeared to attend a court hearing on his arrest that he will continue his fight against President Moon Jae-in.

He has been investigated by police on other allegations as well, including the forgery of private documents, obstruction of business, spreading false information and inciting a rebellion.
Share
Print
List