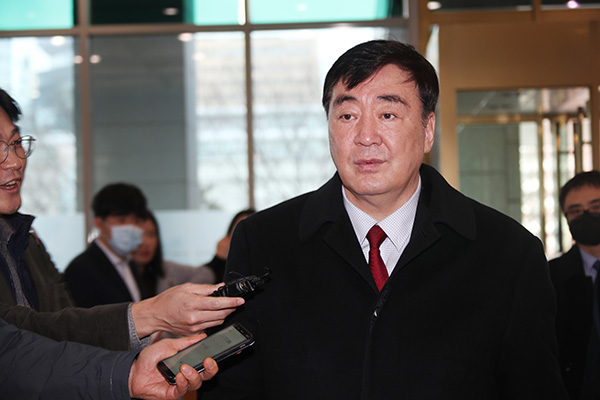 Beijing's top diplomat in Seoul sought understanding on Wednesday over a mandatory quarantine placed on arrivals from South Korea by regional authorities in China.

Chinese Ambassador to South Korea Xing Haiming shared his views on the issue with reporters as he headed to a meeting with South Korean Foreign Ministry officials aimed at discussing cooperation on the novel coronavirus outbreak.

He ensured the quarantine measures in question did not target South Koreans specifically, adding many Chinese nationals flying from South Korea have also been affected.

However, Xing said he will make efforts to come up with a reasonable solution through discussions.

The ambassador called COVID-19, which first emerged from the central Chinese city of Wuhan and has so reached over 30 countries, a “common enemy to the world.”

He stressed the need for international cooperation to eliminate it, adding China will continue to work with South Korea and make efforts to contain the virus.