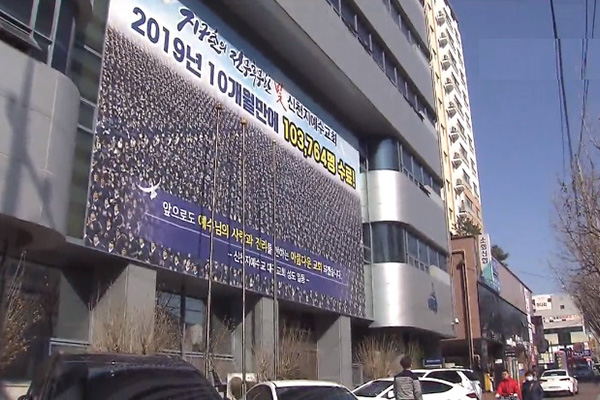 Gyeonggi Province said that the list of members of the Shincheonji Church provided by the religious sect was different than the province's list secured through its own investigation.

The government on Wednesday secured a complete list of Shincheonji followers from the church and the Korea Centers for Disease Control and Prevention then conveyed it to local governments.

Gyeonggi Governor Lee Jae-myung said on his social network on Wednesday night that he just received the list from the KCDC and it showed some 31-thousand-600 members in the province.

Lee said, however, that the number is about two thousand less than the figure on a list secured by the provincial government the previous day through its own investigation into the church’s facilities in the region.

The governor said that his province will look into the discrepancy and see if there are any overlaps or omissions and then disclose the results.
Share
Print
List

Headline News
No. of S. Korea's COVID-19 Cases Up by 78 to 9,661
S. Korea to Impose 2-Week Quarantine on All Overseas Arrivals
S. Korea to Supply 12 Billion Dollars Tuesday under Currency Swap Deal with US