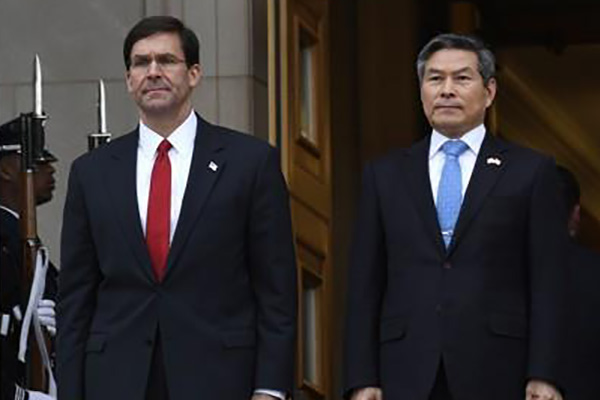 South Korea’s Joint Chiefs of Staff and ROK-US Combined Forces Command officially announced Thursday that joint military drills originally scheduled for early March will be delayed due to the spread of COVID-19.

South Korea and the United States decided to postpone the command post exercise until further notice.

The move marks the first time the allies have changed the schedule of joint military exercises due to an infectious disease.

Military officials are concerned that non-military factors such as disease could present a serious threat to national security.

Earlier, U.S. Joint Chiefs of Staff chief Mark Milley warned that the United States was looking at whether to postpone or modify the upcoming combined military exercises with South Korea in light of the coronavirus outbreak.

The U.S. Indo-Pacific Military Command has also restricted all nonessential travel to South Korea over concerns about COVID-19 after a soldier with U.S. Forces Korea tested positive for the virus amid a surge in the number of cases in the country.
Share
Print
List