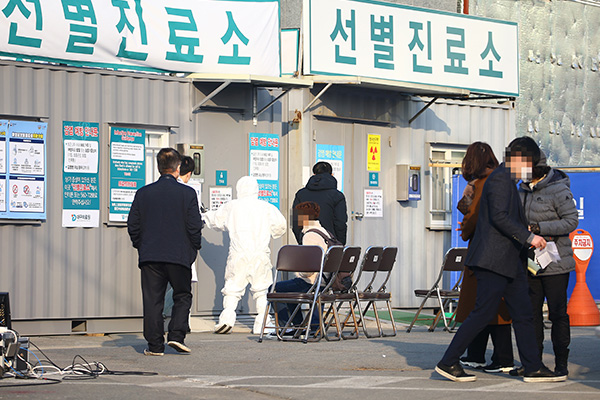 An additional death related to COVID-19 was reported in South Korea, bringing the total number of fatalities to 13.

During a daily press briefing on Thursday, Vice Health Minister Kim Gang-lip confirmed the death of a coronavirus patient in the virus-stricken city of Daegu.

According to the Daegu city government, the 74-year-old man died early Thursday, hours after he was rushed to a hospital from his residence with respiratory problems.

After testing positive for the virus on Tuesday, he was waiting to be hospitalized in self-quarantine.

A member of the controversial Shincheonji religious sect that has been the epicenter of the epidemic in the region, the man had previously received a kidney transplant.

He is the second Shincheonji member in the country to have succumbed to the virus.
Share
Print
List