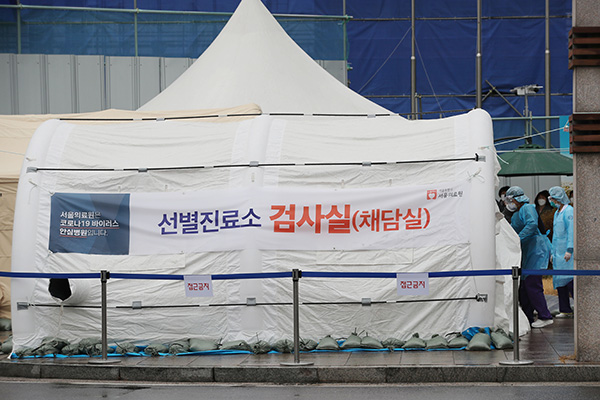 South Korea reported 376 new cases of the novel corona virus since Saturday afternoon, bringing the total number of infections in the country to three-thousand-526.

The Korea Centers for Disease Control and Prevention said on Sunday morning that 333 cases were reported in Daegu and 26 new infections were reported in neighboring North Gyeongsang Province overnight, accounting for 87 percent of the 376 new cases.

Over 61-thousand people have tested negative for the virus, with about 32-thousand-400 people awaiting results.
Share
Print
List