Survey: Majority of S. Koreans Feel Their Lives Have Come to Standstill Amid COVID-19 Epidemic 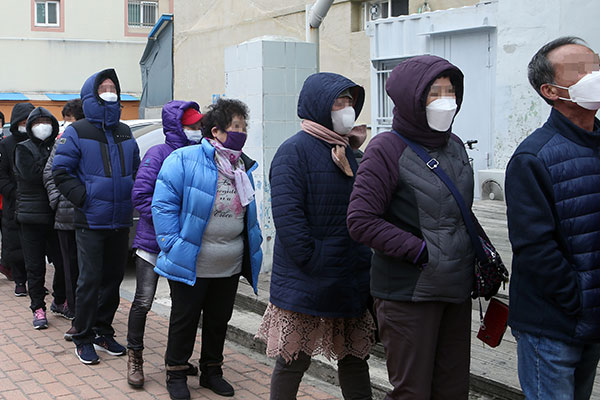 A majority of South Koreans feel that their lives have come to a standstill amid the coronavirus epidemic in the country.

A survey of one-thousand people between February 25 and 28 showed that 59-point-eight percent of respondents felt more than half of their day-to-day life has stopped due to the virus. The survey was commissioned by a Seoul National University research team and conducted by Hankook Research.

This is more than a ten-percentage-point increase compared to 48 percent of respondents who gave a similar answer in a survey conducted at the start of the outbreak between January 31 and February 4.

Forty-eight-point-eight percent of respondents said they felt anxious from watching news reports on the virus, followed by 21-point-six percent who experienced anger.

Sixty-five percent of residents in virus-stricken Daegu and North Gyeongsang Province said they felt "lethargic" and "helpless," while 76-point-three percent said they felt the current situation was "unjustified" and "unfair."
Share
Print
List