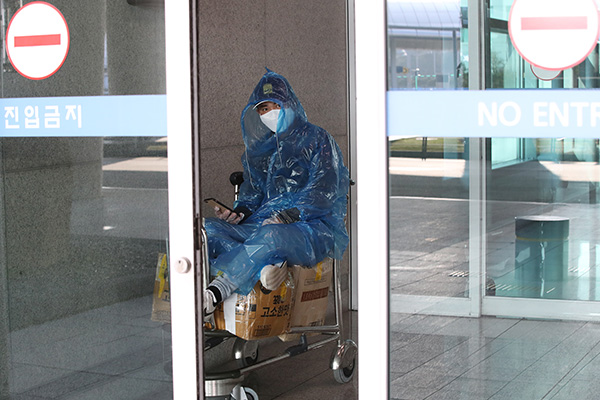 More than 100 countries and regions around the world are enforcing entry bans or have tightened immigration procedures for travelers coming from South Korea amid mounting concerns over the coronavirus epidemic.

The Foreign Ministry said as of 9:00 a.m. on Thursday, 36 countries and regions, including Malaysia, Turkey and Singapore, are prohibiting entry of foreigners who have been to South Korea.

Four others, including the Philippines and Japan, are banning entry of people who have been to South Korea's virus-stricken regions of Daegu and North Gyeongsang Province.

Thirty-eight countries and regions, including 16 Chinese cities and provinces, are placing travelers from South Korea under state quarantine for 14 days.

There are currently some one-thousand-100 South Korean nationals quarantined overseas, including 850 and 270 in China and Vietnam, respectively.
Share
Print
List