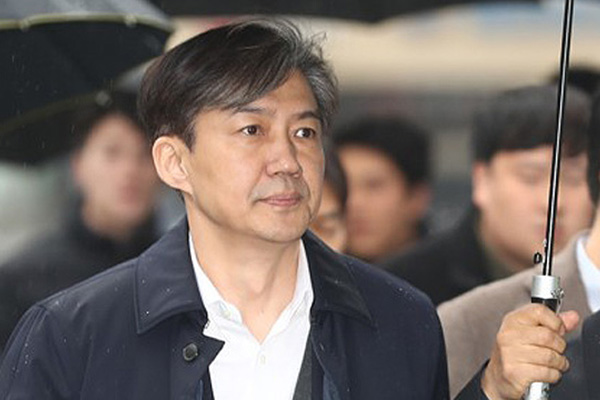 Court proceedings will begin on Friday in the trial of former Justice Minister Cho Kuk, who is accused of family corruption and other malfeasance.

The Seoul Central District Court will reportedly hold the first pretrial hearing to determine the views of the prosecution and the defense regarding charges in a bid to devise plans for examining evidence.

The hearing comes seven months after suspicions surrounding the former minister surfaced and 80 days since he was first indicted on December 31. Cho is not required to attend Friday's proceedings and is not expected to appear.

The former justice minister was indicted on a dozen of charges in relation to a scandal involving his family, including bribery, obstruction of business and forging documents.

Cho was also indicted in January on charges of suspending a probe into a former vice mayor of Busan when he was serving as presidential secretary on civil affairs.

He has denied all the charges against him and is expected to reaffirm this through his lawyer.
Share
Print
List