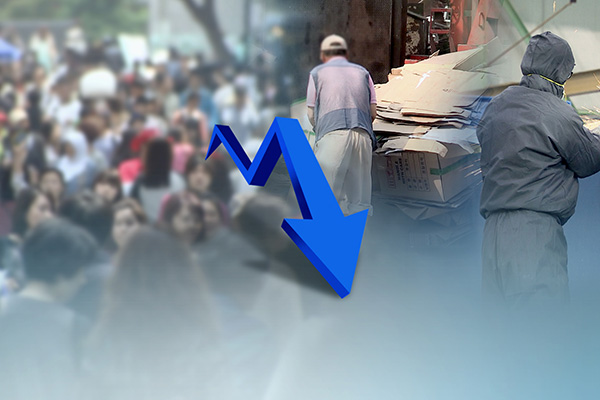 Global credit rating agency Standard and Poor’s(S&P) has forecast negative growth for South Korea this year due to the novel coronavirus outbreak.

In an Asia-Pacific regional outlook on Monday, S&P said Asia's fourth-largest economy will contract zero-point-six percent in 2020, down from the one-point-one percent growth projection it gave just under three weeks ago. That figure was down by a half of a percentage point from its estimate last month.

S&P said South Korea’s price growth may also drop down into negative territory at minus zero-point-four percent, while predicting an additional key interest rate cut to zero-point-five percent by the end of the year.

S&P also forecast negative growth for some other major Asian economies, including minus one-point-seven percent for Hong Kong, minus one-point-two percent for Japan and minus zero-point-eight percent for Singapore. It said China’s gross domestic product(GDP) will slow to two-point-nine percent.

The COVID-19 pandemic is expected to cause governments, banks, companies and households in the Asia-Pacific region a combined loss of around 620 billion U.S. dollars.
Share
Print
List