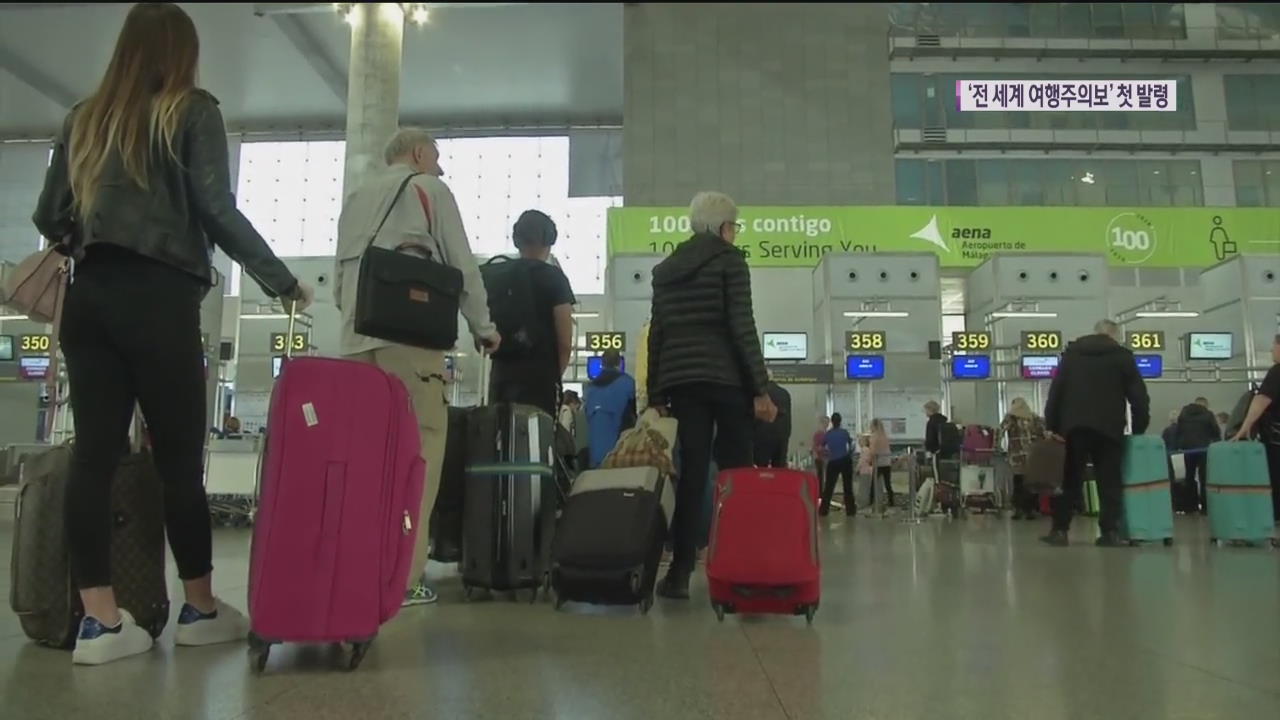 South Korea has issued a "special travel advisory" calling on its citizens to cancel or postpone their trips abroad amid the global spread of the novel coronavirus.

The Foreign Ministry said on Monday that the special advisory was issued due to the rapid spread of the virus around the world, an increase of infections among people arriving from overseas, the need to protect Korean nationals from the virus and possible quarantine measures in foreign countries.

The special travel advisory, which is equivalent to between level two and level three under the country's four-tier advisory system, advises citizens to cancel or postpone their trips.

The advisory, which is issued to respond to an urgent danger for a short period of time, will suspend the travel alerts already in place, except for the ones under higher warnings.

It applies to all countries and regions and is valid until April 23 unless it is extended.

The ministry called on people to cancel or postpone their trips abroad for the next four weeks, while advising citizens abroad to take extra caution for their safety.
Share
Print
List